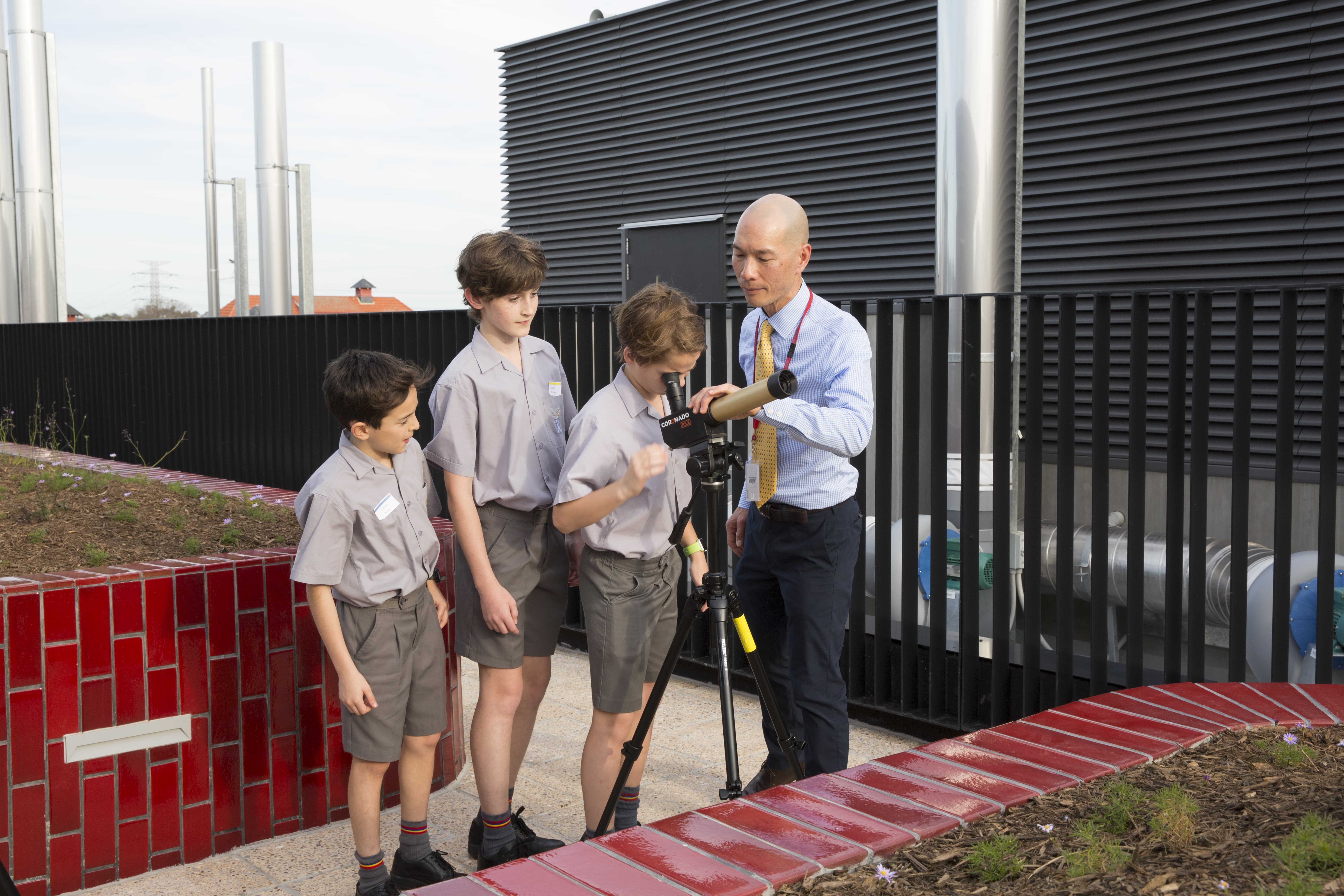 Scotch College’s birthday – 6 October 1851 – the day the school opened its doors for the first time during the heady days of Gold Rush-era Melbourne, took on more significance than usual this year. On Scotch’s 165th birthday, 6 October 2016, the magnificent new Sir Zelman Cowen Centre for Science at the school was officially opened. The new Centre for Science focuses the attention of the entire Scotch College community on the value of scientific thinking. It has been the biggest building program in the school’s long history.

Scotch has a proud history of educating young men to contribute to science, dating back to its origins in the 1850s. For example, Sir John Monash’s engineering skills enabled him to meticulously plan World War I battles, ultimately helping to win the war; Sir Neil Fairley became a world-renowned expert on tropical medicine; Sir Harold Dew founded neurosurgery in Sydney; Professor Andrew Holmes leads international research into the light-emitting polymers used in LED lighting; and Professor Hugh Taylor is a world-renowned ophthalmologist.

To nurture the present and future generations of budding Scotch College scientists, the Centre for Science features leading-edge laboratories and conversational learning spaces to enable a fusion of scientific disciplines. Every boy will be encouraged to step beyond his comfort zone. The aim is to equip Scotch boys with the essential skills and knowledge to be ready for a lifetime of curiosity and enterprise.

Though scheduled to be in full use from the start of the 2017 school year, many boys and science staff have already moved into the Centre for Science. Classes are held there and boys and teachers gather in the building’s many conversational learning spaces.

The focus on conversational learning spaces is a real feature of the new building. There is a ‘learning hub’ on each floor, where boys gather to question, to challenge, and to seek answers. With the support of teachers, they are encouraged to spark off each other and gain inspiration from lively and thought-provoking discussion.

Sustainability is a key feature of the building. Solar, wind and rainwater harvesting will provide significant educational benefits, while reducing the power load and cutting energy consumption will have a positive impact on the environment. The ‘green’ roof has an educational function. It includes a number of environmental features, including a landscape roof, a vertical axis wind turbine and a weather station, and will be used by several science classes.

In essence, as the Sir Zelman Cowen Centre for Science comes into full operation in 2017, it will provide an exciting, challenging and dynamic environment in which to converse, teach, work and learn.

A building alone will not transform science at Scotch, however the teaching faculty strongly believes the building will enhance the current excellent teaching and learning experience for boys. And it is the new ‘cool’ place for the boys to meet!​