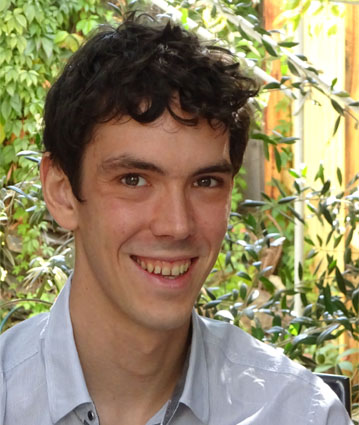 Having completed BSc and MSc degrees at Melbourne University, and after submitting his PhD thesis, Chris Baker of the Scotch College Class of 2007 has now been awarded a prestigious John Stocker Postdoctoral Fellowship, one of just six such fellowships awarded to young research scientists throughout Australia out of 179 applications.

His work has been recognised by the Australian Research Council’s Centre of Excellence for Environmental Decisions. As well, Chris has presented at national and international conferences, and published five academic papers. He has made important contributions to environmental and conservation management, working with Booderee National Park (NSW), Ashmore Reef Commonwealth Marine Reserve (on the North-West Shelf) and Tasmanian Devil management.

Chris’s three-year fellowship will allow him to develop his research interests further in Australia and overseas.

At Melbourne University, Chris’s major area of study was in applied mathematics. In carrying out his research for his masters’ degree, he was part of the Mathematical Biology Group at the university. His research was about random walks and how they can be used to model cancer cell migration. Chris was then awarded a research scholarship to undertake a PhD, carrying out his research as part of the Quantitative and Applied Ecology Group in the university’s School of BioScience.

Since joining this group, Chris’s research has shifted towards mathematical modelling in ecology – using mathematics to improve conservation decisions. The main aspect of his work has been in the control and eradication of invasive species.

Chris’s work has taken him to many parts of Australia as well as to the USA and France. His work in the USA has included a collaborative study of optimal methods to control an invasive predator on the Californian Channel Islands in the Pacific Ocean near Los Angeles, as well as further collaboration at the University of Tennessee in Knoxville, Tennessee, USA.

In Australia, his work has included studying the effects of more than 150 invasive species in Booderee National Park at Jervis Bay. Chris has devised mathematical models of how the different species interact, to develop simulations of the effect on the environment of either removing or adding a species. This will allow park management to make more informed decisions about the consequences of removing invasive species, and demonstrating any unintended consequences of such action.

Chris has taken up a position as a postdoctoral fellow at Penn State University, located at University Park in Pennsylvania, USA. He will start his John Stocker Fellowship later in the year. Although the fellowship is based at the University of Queensland, Chris is unsure at this stage where he will be based.

Chris is looking forward to working on further important projects in this next stage of his exciting research journey. At the time of writing, he was a finalist in the Victorian Young Achiever of the Year Awards.