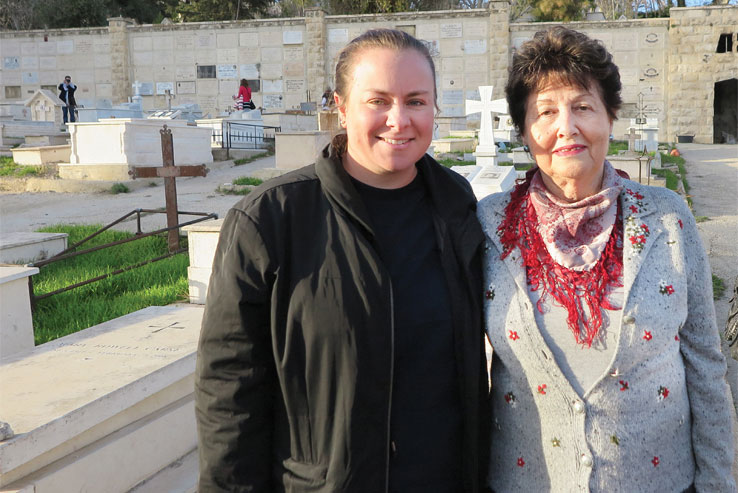 As an educator committed to life-long learning, Emily believes that every opportunity is one to grow. Putting her own words into practise, she spent three weeks in Israel, where she participated in an intensive education program. Emily is now completing a year-long project inspired by the study tour to present in Melbourne in November.

Emily says a most important aspect of the learning tour was the pedagogical workshops that empower teachers to engage children and teenagers in such a sensitive subject.

“The Holocaust is a landmark in human history that did and should continue to change the way that people view one another and the value of human life,” says Emily. “The study of the Holocaust is grave and at most times, shocking and heart-rendering. Yet, for young people, there must also be light at the end of the tunnel that inspires hope, better decisions for the future ahead, and a fundamental inspiriting of the individual value and worth of all people.”

Emily attended the International School for Holocaust Studies at Vad Veashem, Jerusalem, for an intensive series of seminars, workshops, survivor testimonies and interviews, and lectures from leading scholars such as Nazi hunter Dr Efraim Zuroff and Dr Alan Rosen, who specialises in literary responses to the Holocaust.

“In my experience, the personal testimonies made a deep impact on me,” says Emily. “I heard the testimony of Genya Manor at the grave of Oscar Shindler (pictured) – she is called a ‘Schindler Jew’ because he saved her life, and as we toured Israel’s religious sites and points of significance, it struck me how simple the criteria of Nazi genocide was: to be who you are could also be a death sentence.”

Director for International Seminars for Educators at the International School for Holocaust Studies, Mr Ephraim Kaye, delivered one of his Australian lectures at Roseville College when he visited Sydney in May.

New Scholarship Gives Young All-Rounders The Chance to Leap Ahead

Character at the heart of St Andrew’s Cathedral School Education

Barker Robotics on the World Stage

Does Choosing a Strathcona Education for your Daughter Provide an Additional Advantage?

Big Plans in Store for Boarding at Xavier College