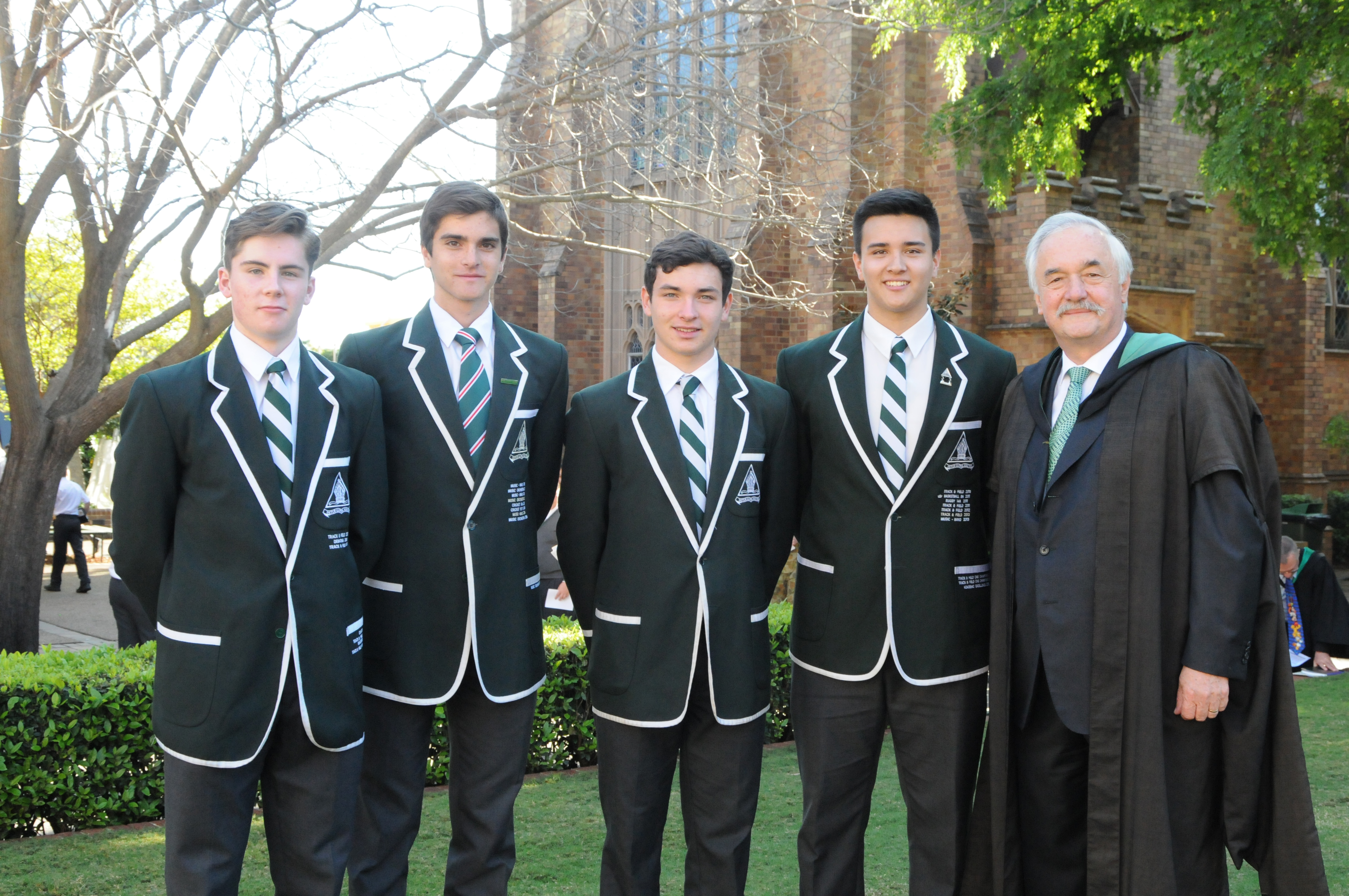 The world average International Baccalaureate (IB) score of 30.98 was comfortably passed in 2015, with Trinity Grammar School receiving an average overall score of 38.00 (equal to an ATAR of 96.7). Trinity’s results were among the best in NSW and the ACT, and, in fact, the nation.

Each of these students not only performed exceptionally well academically during their time at Trinity, but they were also busy with their roles as School Captain and Vice-Captains.

Along with his School Captaincy duties, Tom was a member of the Berea Christian Leadership Group, Charity and Community Committee, Concert Band and Symphonic Wind Band, Ngurra-Kurlu Indigenous Group, Peer Support and the Trinity Cultural Awareness Group. He excelled in Basketball, Track and Field, Rugby and Snowsports and also won the Year 12 IB Film Prize.

“It was the breadth of opportunities offered at Trinity combined with the ongoing encouragement and mentorship that really helped me to realise my potential, and reflect the true value of my education at the School,” Tom said.

Alexander not only achieved a commendable IB score of 44, but also undertook a HSC Classical Greek subject outside of the IB course, attaining great results. In addition, Alexander received The John Conroy Computing Prize, won the esteemed and challenging Lawrence Campbell Oratory Competition for debating and was awarded the Dux of the International Baccalaureate Candidature for 2015 in the same year.

Outside of the classroom, Mitchell was a member of cultural and charity groups and won awards for musical achievements as a valued member of the Symphony Orchestra and Symphonic Wind Band. In addition to his Vice-Captaincy, Mitchell was also House Captain and played Cricket, Rugby and Tennis for Trinity.

Academia is not the only area Rohan excels in, 2014 saw him become the fastest boy under 18 in NSW when he clocked a stunning 10.47 seconds over 100 metres at an interclub meet. It also made him the second fastest runner in the world in his event. In addition, Rohan was a member of the Cadet Unit and Debating Society, winning awards over the years for his aptitude as a keen public speaker.

These students prove a boy’s education at Trinity is rich with opportunity and activities. However, it is critical to remember that they will experience difficult times. Without challenge, your son cannot grow and develop his God-given talents. This is a very important life skill that he learns – education, and life in general, is not about success or failure, but perseverance and effort.

“At Trinity Grammar School, we want boys to realise that when they find themselves in challenging circumstances, instead of looking for quick-fix solutions to relieve unhappiness or stress, to instead pause and see what they are being taught by their hardship, and to learn and grow from the experience,” Head Master Mr Milton Cujes said.

“In my years of experience in education, I have learned that adversity can be a great teacher that moulds great leaders, which can be seen from the achievements of these four exceptional young men. They have done themselves proud in continuing the tradition of excellence in education at Trinity. We wish each of them continued success into their very promising futures.” Mr Cujes concluded.