Vietnam Sojourn Schoolies with a difference 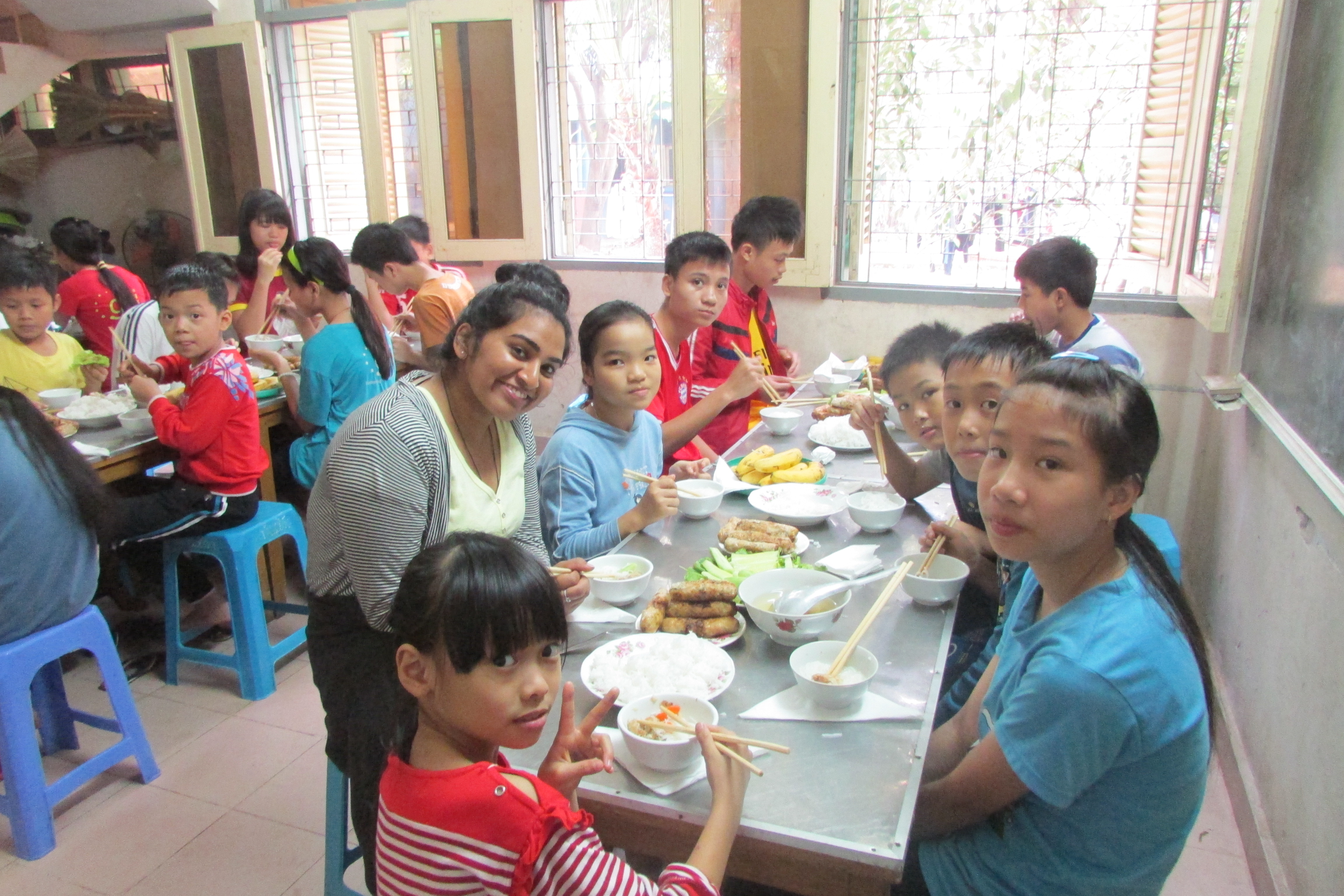 Persistent bad press about schoolies’ celebrations concerns most schools. Huntingtower is no exception. The Principal, Sholto Bowen, had long felt that they should be able to offer students a more positive and meaningful way of celebrating and commemorating their efforts in reaching an official end to their secondary schooling. Huntingtower’s ethos is all about valuing and helping others. Consequently, a ‘schoolies’ event that focussed on the needs of others as well as celebrating a significant milestone seemed an obvious direction for the school to take. Accordingly, Huntingtower investigated several commercial possibilities, only to find that they were often two to three weeks long and did not run during the ‘schoolies’ period.

In January 2013, a Huntingtower group of parents, past students and friends took a three-week trip to Vietnam and Cambodia. The countries are both beautiful, but many of the citizens are desperately poor. The Vietnamese tour guide, Duyen Do, was enthusiastic and hard working. He had a particularly good understanding of the group’s needs and spoke immaculate English. As the tour progressed it became apparent that he might be the person to put together a schoolies week for the Huntingtower School students. The resulting ‘Vietnam Adventure 2013’ was everything the school had hoped it would be.

As soon as the last VCE exam had finished, a group of 15 students headed to Hanoi on the first plane out of Melbourne. Exams, study routines, sandwich lunches and the predictability of Mt Waverley were all forgotten in an instant with the hustle, bustle, life and noise of Vietnam’s capital city. The students saw the sights, walked the markets and around the lake, rode in tuc tucs and gorged on the ‘best pho in town’. They attended a cooking school and cycled the hills and villages of Ninh Binh Province.

They also visited the Birla Village Children’s Orphanage in Hanoi. The orphanage is home to some 130 children from two to 18 years of age. It is beautifully run and very well organised, but money is tight and the orphanage is incredibly grateful for any outside fundraising and help. The Huntingtower students had previously raised money for new rice cookers and bicycles, some of the teachers had donated funds for the purchase of a new trampoline, and the Huntingtower Junior School had collected bags of good quality clothing. While it was marvellous for the students to be able to give these items to Birla Village, what they loved most was meeting, playing, talking and working with the children and House Mothers during the three days they spent there.

The tour finished with two nights of cruising on Ha Long Bay, one of the Seven Wonders of the Natural World. The students stayed on their ‘own’ boat or junk, and swam, kayaked and explored the bay’s islands and beaches in between five-course seafood banquets. It was a fitting and rather exotic conclusion to the tour, and a memorable way to celebrate the end of Year 12.

Plans are forging ahead for Schoolies 2014. Huntingtower School has begun to raise funds for Birla Village and has changed this year’s itinerary to include an overnight train trip from Hanoi to Danang and two nights in Hoi An. It sounds like fun. For around $3000 per student, the trip is a viable, safe and fabulous alternative to the usual schoolies’ revelries on the Gold Coast and other places.

For more information contact Jan Tyquin at the Huntingtower School on (03) 9807 8888 or email jtyquin@huntingtower.vic.edu.au