Language learning in the 21st century 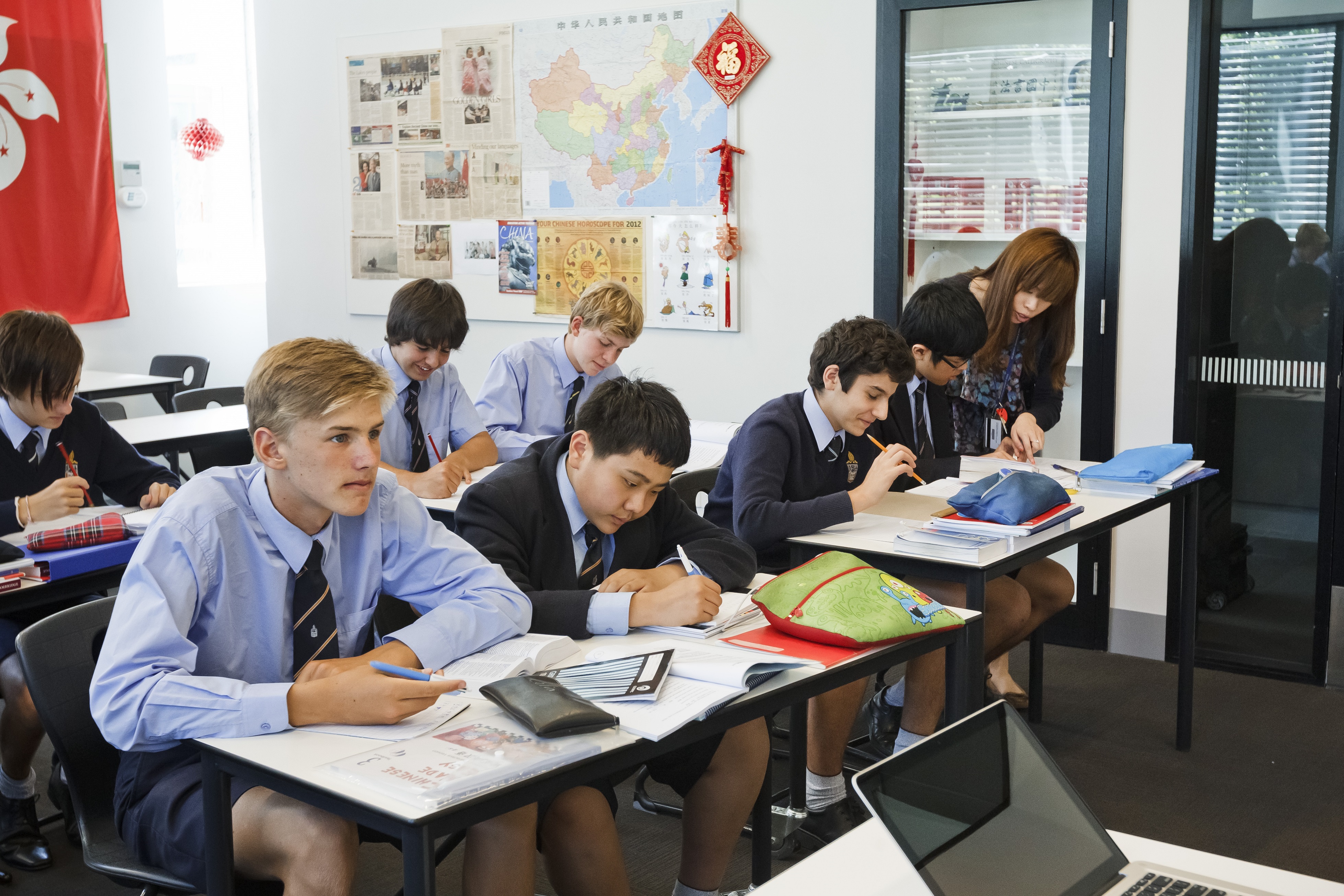 There’s little doubt that students today are entering a rapidly changing and globalised world. Language skills are of critical importance, providing students with not just the ability to communicate but also a deeper understanding of other cultures, histories and perspectives. In the coming decades, students may find that the ability to speak a second language opens important vocational opportunities as they enter the 21st-century workforce.
At Melbourne Grammar School, languages have been a critical part of the School’s academic program for many years. From Year 7 to Year 12, students are engaged in stimulating language tuition, with the option to pursue Chinese, Japanese, French and Latin.

Students in Years 7 and 8 at Wadhurst, Melbourne Grammar School’s middle school, embark on an exciting language learning program. Students can choose any two of the available languages, taking advantage of both Asian and European languages. Importantly, each of the language options is continued at Senior School, enabling students to pursue their chosen language into VCE.

Japanese is a relatively new addition to the Wadhurst curriculum — this is the second year it has been taught. “We take quite a structured approach to the classes,” says Ms Yoshiko Take, Teacher of Japanese. “Consistency is important to help students feel like they are making progress in their second language.”

The curriculum is designed to give students a good foundation in Japanese. “In Year 7, students learn how to introduce themselves and are introduced to the basic script, Hiragana. We cover sentences like saying your name, your age, your year level, phone numbers, naming your family members, their likes and dislikes and what they have for meals. In Year 8, we learn Katakana and also cover more Kanji. The range of vocabulary increases significantly so students can express themselves more “freely.”

Ms Take says that learning a second language can give students valuable insights into their native tongue. “I hope they enjoy the Japanese cultural subtleties — which sometimes don’t exist in English — that they learn through language and the way they begin to think about English itself. I also hope they enjoy the milestones they reach in their personal Japanese language learning journey and being able to share it with the other students,” she says.
As students enter Senior School, they can continue with their chosen language from Year 9 to Year 12. Experienced language teachers lead each subject and are supported by dedicated language assistants, native speakers from China, Japan and France who spend twelve months at the School, working closely with students.

In 2011, Melbourne Grammar School opened its new LOTE Centre, providing dedicated spaces for learning languages. The six new classrooms within the LOTE Centre are equipped with interactive whiteboards, Apple TV and projectors, and there are breakout areas for one-on-one or one-on-three interaction. These conversation rooms are particularly important for VCE students who have dedicated time with the language assistants to hone their language skills. There is also a demonstration kitchen and office space for language staff.

Mr Ben Hanisch, Director of Senior School Curriculum, says the new facilities have opened up some exciting possibilities. “Research shows that the way you configure classrooms, including the way you configure your furniture as well as the provision of break-out spaces, can positively influence the teaching and learning that occurs in the classroom. Learning spaces have become an important focus in education, in order to encourage pedagogies and learning opportunities relevant for the 21st century,” Mr Hanisch says.