or
Login/Register via email
Home » School News » Where are they now?

Where are they now? 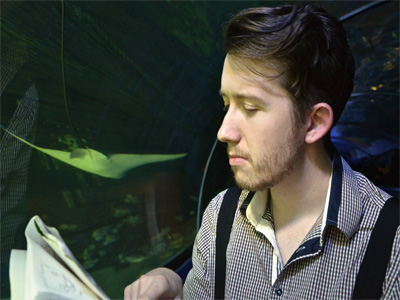 What did you study at uni?
I completed a Bachelor of Science at The University of Sydney, double majoring in Physics and Chemistry in 2013. I obtained First-Class Honours in Chemistry in 2014, and am now starting a PhD with my Honours supervisors.

What did you enjoy most about your uni degree?
There are a lot of great experiences that university can provide if you keep an open mind. Since starting my degree in 2010, I have been involved in many musical extracurricular activities, from being in an acappella group and touring Hong Kong, to playing in jazz bands, doing music directing and performing as part of the Sydney Uni Revue season. Between the second and third year of my degree, in 2012, I got accepted into the Year In Industry program, offered by the School Of Chemistry, and got to work full time for a year as an industrial chemist for the Australian government. The teaching and content of the courses I studied were very enjoyable and I have made many new friends.

What did you enjoy most about your time at Brisbane Water College?
Brisbane Water Secondary College was an incredibly important part of my life, and has been a huge factor in the success I experience today. The teachers at both campuses go beyond the call of duty, offering opportunities to students to grow and develop their talents and skills. Some of the highlights of my school experience included being in a robotics competition, starting up and maintaining a full-time rock band, getting to record a school album in a Sydney studio as part of a state-wide competition, various performance opportunities in the form of musicals and plays, as well as getting taken to Europe for a month as part of Ancient History HSC. I was also encouraged academically, getting accepted into the National Youth Science Forum (NYSF) 2009. My teachers were fantastic role models and took the time to help me through material that I didn’t understand. If it was not for their dedication, I wouldn’t have developed into who I am today, and certainly wouldn’t have gotten the marks I needed to attend the University of Sydney.

What were your favourite subjects?
In high school I really liked Music, Ancient History and Chemistry.

What field of work are you in now?
I am a Chemistry PhD student.

When did you know this was the area of work you wanted to be in?
A lot of things fell into place as a result of the opportunities that I had during my university studies. Initially, my experience at NYSF in 2009 seeded my passion for science. This resulted in my increased drive to obtain an ATAR which would get me into Sydney University. When I began my degree in 2010, I only picked science subjects, which included Biology, Physics, Maths and Chemistry, as a means to distinguish which subjects I felt an affinity for. I focused on Physics, Maths and Chemistry after my first year, as the three disciplines complemented each other.
I then spent a year working as a regulatory scientist for the Australian government at the National Industrial Chemicals Notification and Assessment Scheme in 2012 as part of the Year In Industry Program offered by the School of Chemistry. This provided a taste of what a career after graduating would be like, and gave me a break from my intense studies. I was asked back to work part time with NICNAS during the third year of my degree in 2013, whereby I only focused on Chemistry and Physics, to obtain my double major.

Near the end of 2013, I was very lost as to what I would do next. Third-year university was a real challenge after coming back from full-time work. I was lucky enough to have been accidentally given a laboratory workshop in an aspect of Chemistry I was not familiar with — surface modification. The academic overseeing that workshop, Dr. Chiara Neto, showed an interest in me and I ended up doing my Honours in Chemistry, working with her and Associate Professor Brian Hawkett. I really enjoyed Honours in Chemistry, which was a complete contrast to my experience in undergrad and a full-time work environment. The excitement of research and the personal growth I gained from that year led to me undertaking a PhD with the same supervisors. I want to gain more teaching experience by demonstrating Chemistry labs, and face more challenges by taking on a new area of research, and a PhD is the best way to do that.

What challenges do you take on in this role and how do you manage them?
Research is a combination of different challenges all meshed into one. First, you have to deal with the uncertainty of your understanding of a concept, that is, whether or not you are drawing the correct conclusion from your observations. This requires that you learn to accept that you don’t know everything, and that you require time to comprehend new ideas. I personally found this very mentally liberating and exciting at the same time. The acceptance that you are unable to understand something initially is the reason to keep on trying, which is a huge part of the psychology of science and research. Another major challenge you can face is dealing with failure. Sometimes experiments just don’t work out, even after lots of preparation time and attempts. The trick is to not become depressed and lose your way, but instead to strengthen your resolve, step away, and try again at a different angle.

There are many good qualities to be gained from doing research. Of course, teaching what you know to others is another challenge that is worth mentioning. The more you delve into a subject, the less in touch you are with the basics needed to explain it to someone else. A huge part of being a successful scientist is being able to communicate what you do to others, regardless of their background knowledge. This quality transcends into teaching, whereby you need to build on the knowledge students have in order for them to be able to understand more complex material.

What work experience did you gain in high school?
I had a part-time job at a music store in 2007-2008 as a salesmen/store clerk. In my last two years of high school, 2008-2009, I taught guitar and drums at the same music store.

As a school student, did you ever imagine you would be were you are today?
I honestly had no clue. The experience which led me here was attending the National Youth Science Forum in 2009. I met very passionate students from across Australia who were all studying science. I wanted to meet more people like that so I stepped up my game in Year 12 and got the marks I needed to get into uni.

What advice would you give to school students to help them achieve their goals — career or otherwise?
Take as many opportunities as you can. Each one will give you a chance to learn more about yourself, and any passions you are yet to realise you have. Your teachers are there to help you achieve your potential so make the most of your time with them. Keep an open mind, work
hard for what you want, and go forward with confidence.