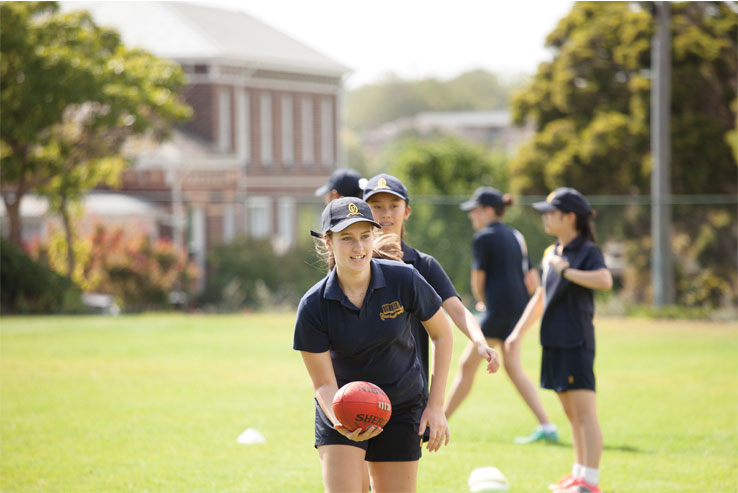 In 2014, actress Emma Watson made an impassioned speech to the United Nations to launch the HeforShe campaign. The video of her speech has been viewed nearly 45 million times, signalling that people across the world sat up and listened.

Emma, a graduate the Headington School in Oxford, an all-girls school, noted “My school did not limit me because I was a girl. My mentors did not assume that I would go far less because I might give birth to a child one day.” Emma identifies strongly as a feminist, noting that fighting for women’s rights is not man hating, but focusing on men and women having equal rights in order to achieve equality of the sexes.

Westpac CEO, Brian Hartzer, recently suggested that single-sex schooling in Australia is somehow preventing women from being equally represented in senior leadership roles in the business sector. He reflected that when he was growing up in the US, the majority of schools were co-educational. While we have a different education system to the USA, it is important to note that single-sex education was prohibited in the US public sector and remains restricted. With changes to the law and a growing demand for single-sex education, the US is now actively opening more single-sex schools. Last year, the US National Coalition of Girls’ Schools hosted the first global forum on girls’ education, Creating a World of Possibilities.

Brian, who succeeded Gail Kelly as Westpac CEO, is correct that gender inequality in Australia tells a less than satisfying story for women. A 2016 report, Women in Financial Services, from Marsh and McLennan Companies, revealed women held just 21 per cent of senior leadership roles in Australia, compared with 20 per cent in the USA. On the World Economic Forum’s 2016 Global Gender Gap Index, Australia ranked 46th and the USA 45th, with both countries moving down from their 2015 rankings.

There is simply no evidence to suggest that single-sex schooling inhibits a young woman’s ambition or likelihood of achieving a senior leadership role. Research documentation shows that in a girls’ school, girls are more likely to reject gender stereotypes, and are bucking the trend when it comes to studying STEM subjects. Importantly, every leadership position in an all-girls school is held by a girl.

Brian believes that the solution in Australia is for business leaders to focus on the role of ‘unconscious bias’ and how it works in the corporate sector, including in promotion decisions. It is this bias that we need to overcome as a community.

In 2010, Elizabeth Broderick, the then sex discrimination commissioner, set up the male advocacy network to combat the issue. The ‘Male Champions for Change’ came together to improve gender equality in their institutions. Initiatives such as this are certainly helping to generate change. The percentage of women on boards of ASX 200 companies has increased from 8.3 per cent in 2009 to 25 per cent today.

We know that change takes time, energy and resources. No one country in the world can yet say they have achieved gender equity. Our girls and women need to show grit and determination if they are to overcome this bias. At Ruyton, we believe that an all-girls’ school provides extraordinary opportunities for our girls to experience leadership, develop independence and build character, citizenship, endeavour and integrity.

As Emma notes in her address to the UN, girls need both male and female role models and supporters to achieve their potential. There is a wide range of women in our own community who provide our girls with rich and varied examples of women striving to lead lives of impact and purpose.

“You can’t be what you can’t see,” says Marian Wright Edelman, founder and president of the Children’s Defense Fund. When girls can’t see strong, interesting, female protagonists it becomes harder for them to see themselves as the strong, interesting protagonists of their own lives. In sharing our successes, failures and everyday experiences as women, we provide them with examples of authenticity and inspire them to be bold.