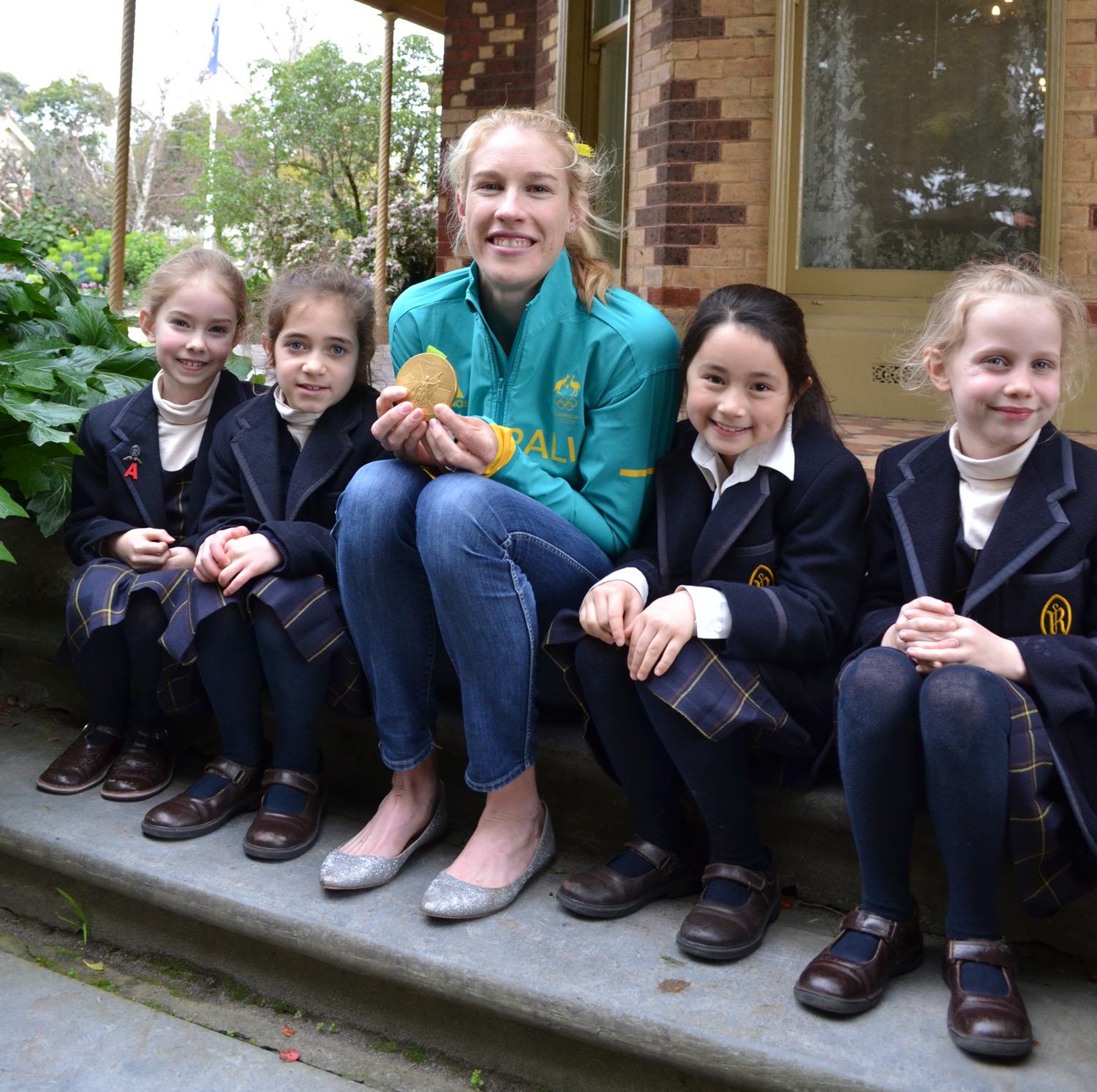 Excitement over the Olympics was at fever pitch at Ruyton. In addition to the Junior School girls participating in their own Mini Olympics, they also had a particular interest in an Olympian who was representing Australia.

The school is very proud of the efforts of Kim Brennan (Crow ’03) who won a gold medal in the Women’s Single Sculls at the 2016 Olympics in Rio, where she led all the way in the final race. Kim was also chosen to be the flag bearer at the closing ceremony. She competed at the 2012 London Olympics (winning a silver and bronze medal) and the 2008 Beijing Olympics. Throughout her Olympic campaign Kim has always displayed integrity. Her remarks post-race about giving back should serve as a mantra to every Olympic athlete, as well as to every Ruyton girl.

Kim’s Olympic performance reduced many, including Kim herself, to tears. Australia as a nation has excelled at placing enormous pressure on the shoulders of high achievers. For so many in the Ruyton community who had the privilege of knowing Kim during her youth, it was the journey of everything Ruyton girls represent: the well-rounded individual, grit and determination, a struggle to overcome setbacks, strong values of integrity, compassion, fairness and courage. Kim won the hearts of many through her victory, but it was her strong stance on the value of team and nation in uniting people to see hope; highlighting the possibility of ascending from an intolerable social divide; displaying courage beyond words, demonstrating the importance of patience, integrity and humility and making a difference in the lives of others, that struck a chord with so many. The girls were excited and honoured to welcome Kim in a surprise visit to the school at the end of Term 3.

In a country where the tall poppy syndrome is both endemic and defeating, it is a problem we need to face. Ruyton girls will always know they have a community that is on their side; that supports them with a wholehearted sense of pride to be the best versions of themselves; a community that invests strongly in their future and believes in their ability to make ripples or life-changing waves; a community that acknowledges sincere effort and endeavour. The sense of pride in all of the girls is as strong as the school’s belief in their ability to dig deep, do their best and make a real difference.