Melbourne – The City For Students 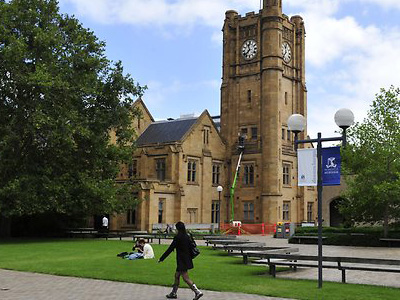 International survey affirms Melbourne as a cultural and educational hub

Melbourne’s position as the cultural capital of  Australia has been confirmed and complemented by our ranking as the second best student city in the world and the best city for student diversity.

A recent survey by QS Top Universities gave Melbourne this flattering rating but our area of excellence was for welcoming International Students into our student population.

The fabric of Australia has cultural diversity deeply woven in and this cultural heartbeat beats stronger in nowhere other than Melbourne.

Our student population is a testament to this with the City of Melbourne citing that almost 55% of students living and studying in our city are International.

Paris led the QS Top Universities ratings as the best city in the world to be a student but impressively, Melbourne bumped London from second place.

While we may not have an Eiffel Tower or a thriving crepe industry, Melbourne’s diverse range of universities can offer something for everybody.

A historically interesting building at Melbourne University is as charming as RMIT is innovative and spunky. Meanwhile, Monash explicitly welcomes International Students with a whole day of celebration dedicated to them.

In general, the survey looked at a range of criteria including pollution, safety and cultural tolerance so in general, Melbourne is ticking a lot of boxes.

So whether you are from Australia or abroad, you can feel that little bit better about the university grind knowing that, as Melbournian uni students, we almost have it the best in the world.