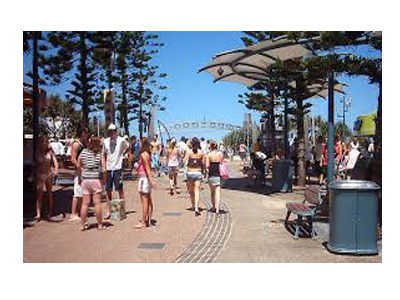 Get the 101 on drugs in time for schoolies

Queenslanders have just finished their first round of schoolies celebrations with a staggering 200 fewer arrests than last year. However, while schoolies ends for Queensland teenagers, interstate school leavers have begun arriving on the Gold Coast for their own celebrations. There is no doubt that the majority of these students will be exposed to alcohol and illicit substances. On Friday 21 November, Queensland Ambulance Service treated 66 patients predominantly for alcohol, five of whom were taken to the hospital. While Queensland police may call this behaviour “exemplary”, and it certainly is compared to last year, it is hardly conducive to our children’s safety.

For parents worried about their child’s exposure to drugs and alcohol, there is no need to be afraid to talk about it with your children. Drugs 101 tells parents what their teenagers are using and offers expert advice about drugs and how to start a conversation about them. Should you discuss drugs before they leave? Do you let them drink if they haven’t turned 18? What if their friends smoke marijuana or someone offers them ecstasy tablets? All these questions are answered in Drugs 101. The practical, no-holds-barred guide explains what various drugs are, how they work, their risks and how many young people really use them.

Drugs 101 deals parents some hard and irrefutable facts about substance abuse: 74 per cent of 12 – 17 year olds have tried alcohol, with a further 23.3 per cent having smoked tobacco and 30.4 per cent having tried illegal drugs. Children can achieve a dangerous high for less than $5. Surprisingly, though perhaps not for some, the main source of alcohol for underage drinkers is their parents.

Parent Guides Editor Eileen Berry says most parents are petrified of drugs and unsure how to deal with them.

“Most teenagers will drink alcohol and some will experiment with hard drugs,” Eileen says. “Parents and caregivers need to educate themselves about these substances and on how to deal with related problems.”

Eileen produced Drugs 101 with experienced journalists after caring for a nephew with substance abuse issues. They hope to equip parents and carers with the confidence to discuss all aspects of drug use with young people.

“We want to help parents start an informed conversation with their teenagers, regardless of whether they use alcohol or other drugs. Open and honest discussions on both sides are important to build trust and respect.”

While teenage use of some drugs, including alcohol, has declined since 2005 according to Australian Government Department of Health and Ageing, they remain a big social problem. The growing popularity of substances such as ice has been hurting communities nationally, with over half a million adults currently using according to the National Drug and Alcohol Research Centre. Ice, or crystal methamphetamine, is a potent amphetamine that is generally stronger and more addictive than speed.

This is the type of information Drugs 101 wants to give to parents. The guide profiles users and combatants on the front line, including drug users’ parents, teenagers, a police officer, a paramedic, an emergency doctor, a counsellor, a psychiatrist and a psychologist. It includes useful tips, warning signs, contacts for help and to-the-point information on substance abuse and how to deal with it.

Drugs 101 is available for $15 at the Parent Guide website (www.parentguides.com.au), or for $9.99 on iTunes (www.apple.com.au/itunes) or Amazon (www.amazon.com.au).