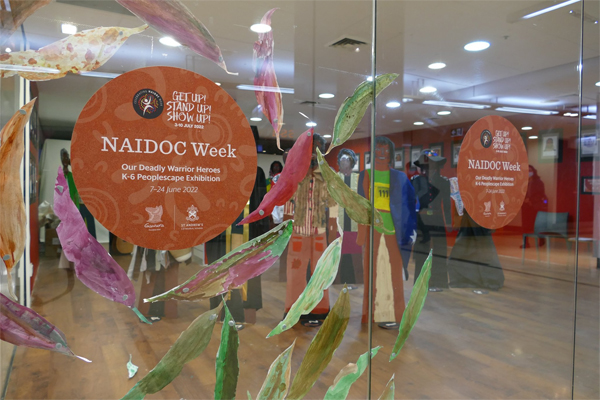 What is NAIDOC Week?

The National NAIDOC Committee has announced NAIDOC Week will be held on the 3-10 July 2022.

It is celebrated nationally on the first week of July annually.

‘National Aborigines and Islanders Day Committee’ (NAIDOC) is the title for the week.

Important issues and events are based around the year’s theme of NAIDOC Week.

According to the National NAIDOC Organisation, the theme reflects the continuing importance to show up following Aboriginal and Torres Strait Islander communities’ history of fighting for change.

“We must all continue to Get Up! Stand Up! Show Up! For systemic change and keep rallying around our mob, our Elders, our communities.”

NAIDOC Week at school was held at the end of Term 2.

National NAIDOC Week at School encourages Australian students to learn from Aboriginal and Torres Strait Islander Communities by listening, or immersing themselves in relevant activities.

She explains the historical context of NAIDOC Week, ensuring people have a “greater education and understanding about Aboriginal people, their cultures, their languages and their history in Australia.”

Inspired by this year’s NAIDOC Week theme, our Junior School and Gawura (our K–6 Indigenous school) students researched and brought to life 24 inspirational Indigenous heroes from our history for a ‘peoplescape’ NAIDOC WEEK exhibition in Sydney’s Town Hall Arcade. 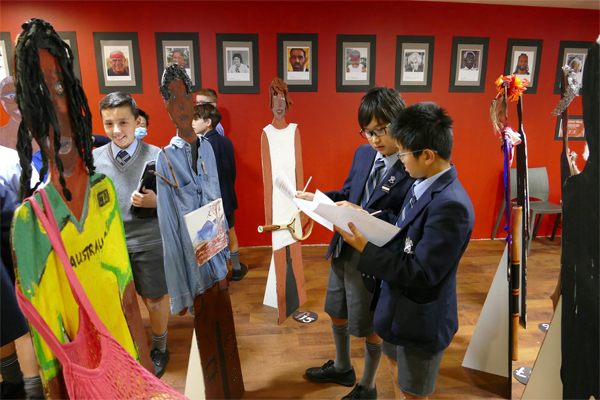 The project required students to research and write up details of the life, work and legacy of an Aboriginal or Torres Strait Islander ‘warrier’ hero of their choice. They then created a life-sized cardboard cut-out to represent their hero’s physical appearance for the exhibition. 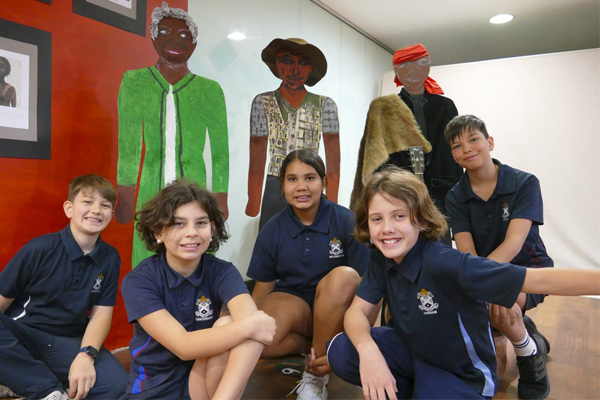 The school also hosted a traditional Smoking Ceremony on their Rooftop, involving all of their Gawura (Indigenous) students and staff, Aboriginal Studies students and the School’s Executive staff.

Dr Riley who specialised in conditions of academic success for Aboriginal kids in schools, found that Aboriginal students performed better where schools and teachers “recognised their Indigeneity and built that in their whole school in terms of showcasing art and culture across the school.”

“That is what’s important because kids will excel in school if they’re made to feel as if they’re valued or have something worthy to offer.” 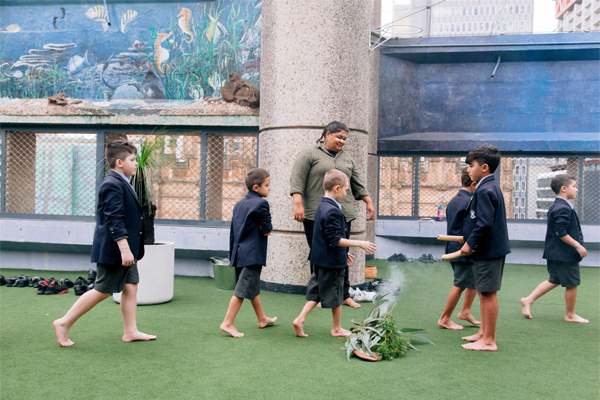 The ceremony was led by the Metropolitan Local Aboriginal Land Council’s Aunty Ro Welsh, who was assisted by Aunty Jacqueline Gibbs (a Gawura parent) and also Aunty Leanna Carr-Smith, who is our Aboriginal Elder in Residence.

At the end of Term 2, Barker College staff and students recognised NAIDOC week with a special Whole School Assembly. Students were encouraged to Get Up Stand Up Show Up. 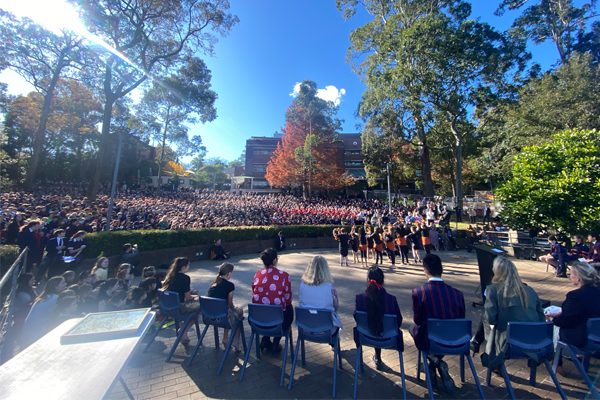 “Our Environmental and Social Justice group Footprint, alongside Yarn Up, a group for Indigenous students to grow socially, academically and culturally, spoke at the assembly. We were very fortunate to have performances by our Ngarralinyail and Darkinjung Barker students.”

The importance of NAIDOC Week at School

Dr Riley shares 2 main reasons why NAIDOC Week at school is so important.

1. To educate Non-Indigenous students, their parents and the wider community; and

2. To show respect for Aboriginal students and their families and celebrate Aboriginal culture and language.

”It actually should be something that’s built into the whole year through a series of teaching and educational programs.”

She recommends the Annual SBS Learn booklets for those wanting to learn more. 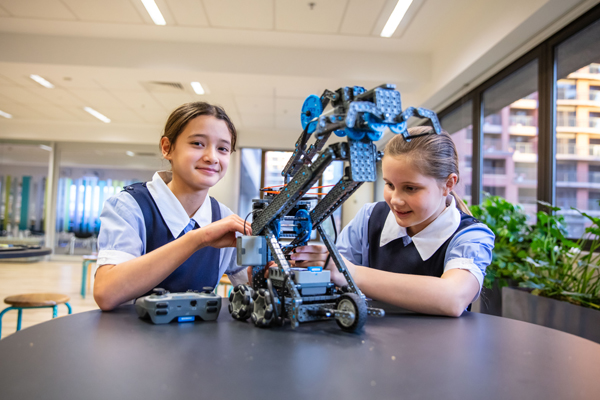 How does a gifted and talented education programme work in a mainstream primary school? 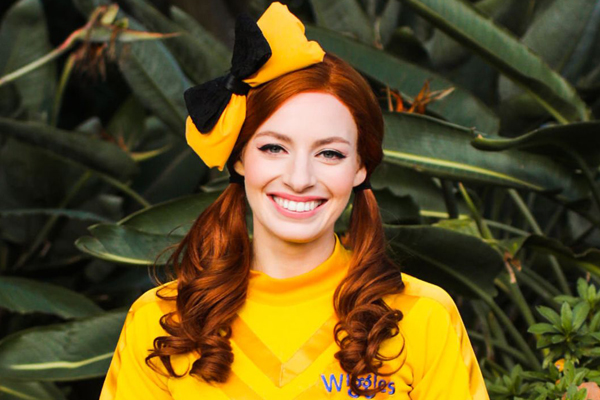 Success stories from all walks of life - The McDonald College 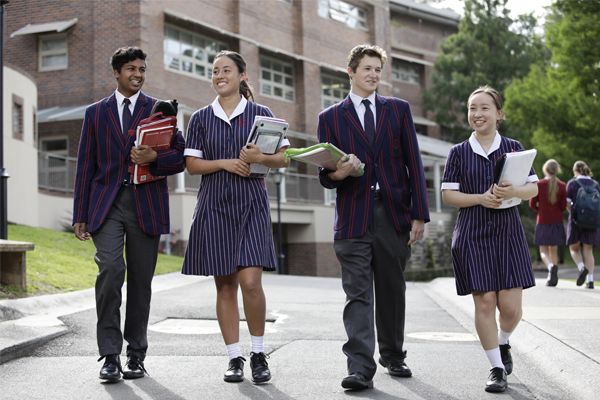 What is Academic Care? | Barker College 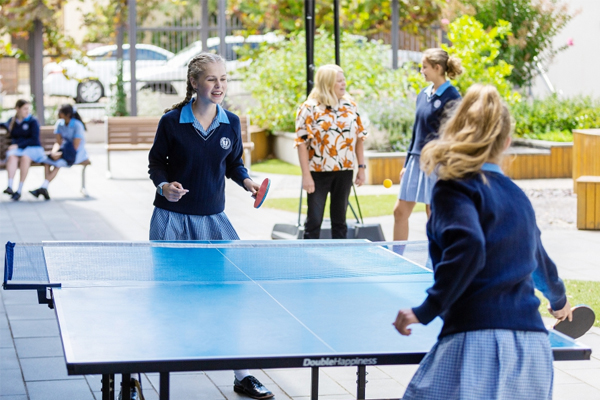